Unusual but at least it's not covered in gesso 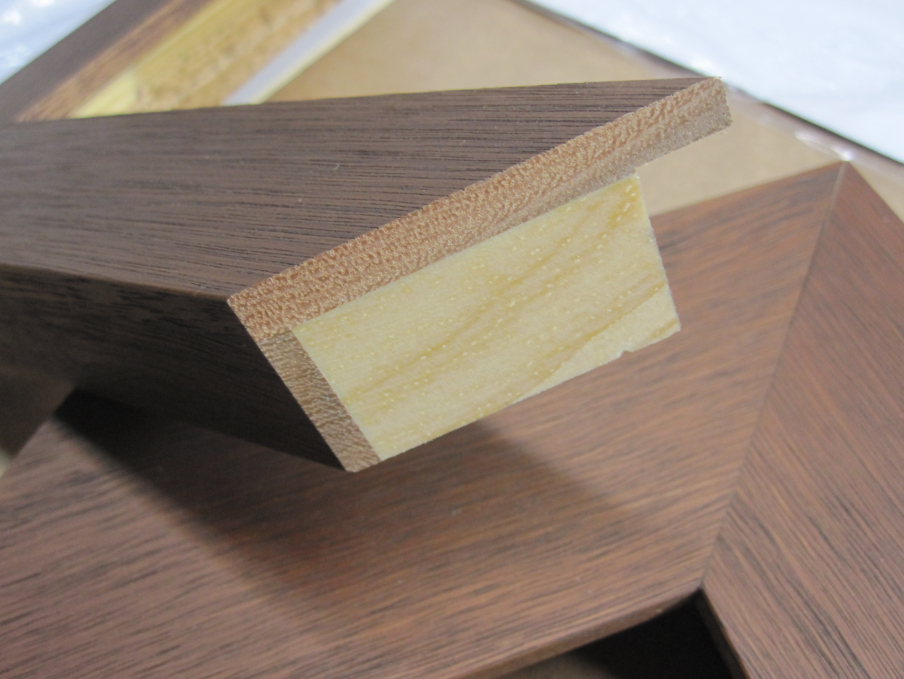 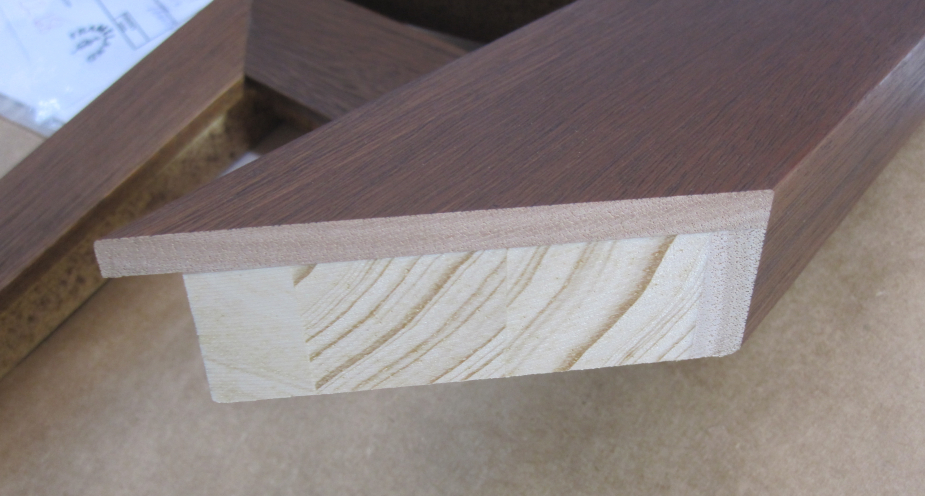 So, what is the moulding? What company?

They have about 30 new ones similar to these

picture woods is doing something similar with their big profiles, and their new Umbra line is an interesting combination of different hardwood species in one molding. For fans of hardwoods, it's worth checking out.
I work three ways: Good, Fast, and Cheap. Pick two.

Decor was using super-crappy plywood on frames like 1222 (traditional flat panel gold) instead of solid wood. That had huge gaps in the wood and bubbles, etc. Crunchy joins. It was a huge mistake.

Not only does this make sense in terms of resource preservation, but it often results in straighter sticks than wood all in one piece.
The problems come when the surface finish is so thin that it shows the finger joins. I'm impressed with the thickness of the outer wood on this.
Rick

this is interesting. Decor 11282 and 11270. perhaps they haven't gotten around to updating their online catalog yet, but their cross section looks nothing like what you got. i know it doesn't really matter in the long run, but i'm a stickler for these sorts of things.
I work three ways: Good, Fast, and Cheap. Pick two.

On a hunch, I looked at the photos on their website for those two mouldings. You'll notice a repeating pattern on the cut. I only thing that makes sense to me is that someone used photoshop, isolated a sliver of the cut, and repeated it along the cut, to make it look like solid wood. Anyone here who is familiar with photoshop may recognize the same thing I'm seeing.

And you'll see below, the entire collection has the exact same repeating pattern on the corresponding profile. Note, two mouldings did not have this repeating pattern. Both were small ones which were probably less likely to have multiple layers. 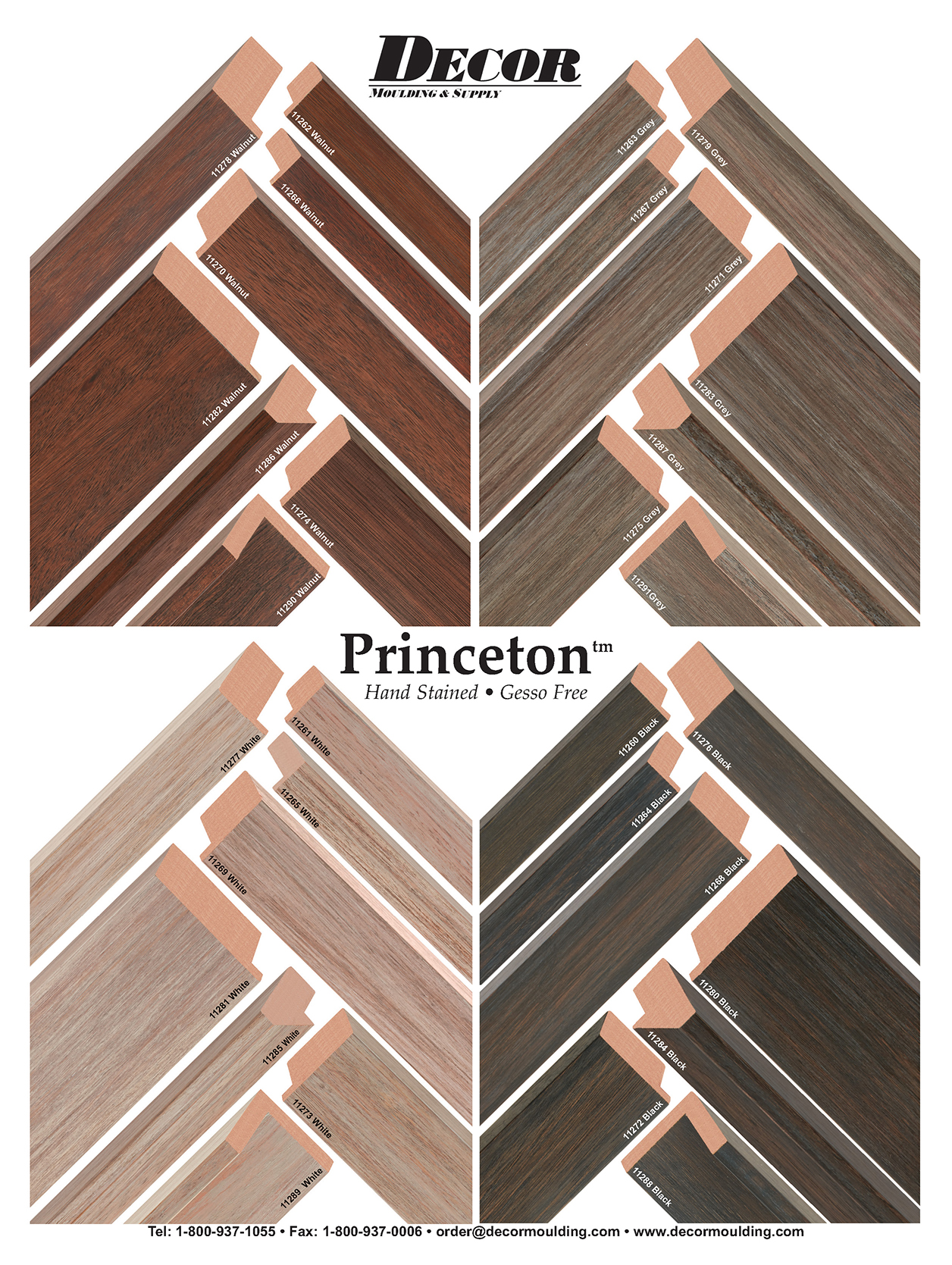 As compared to this moulding collection which has what we normally would see. No exactly repeating patterns, and each end looks different from the next one. 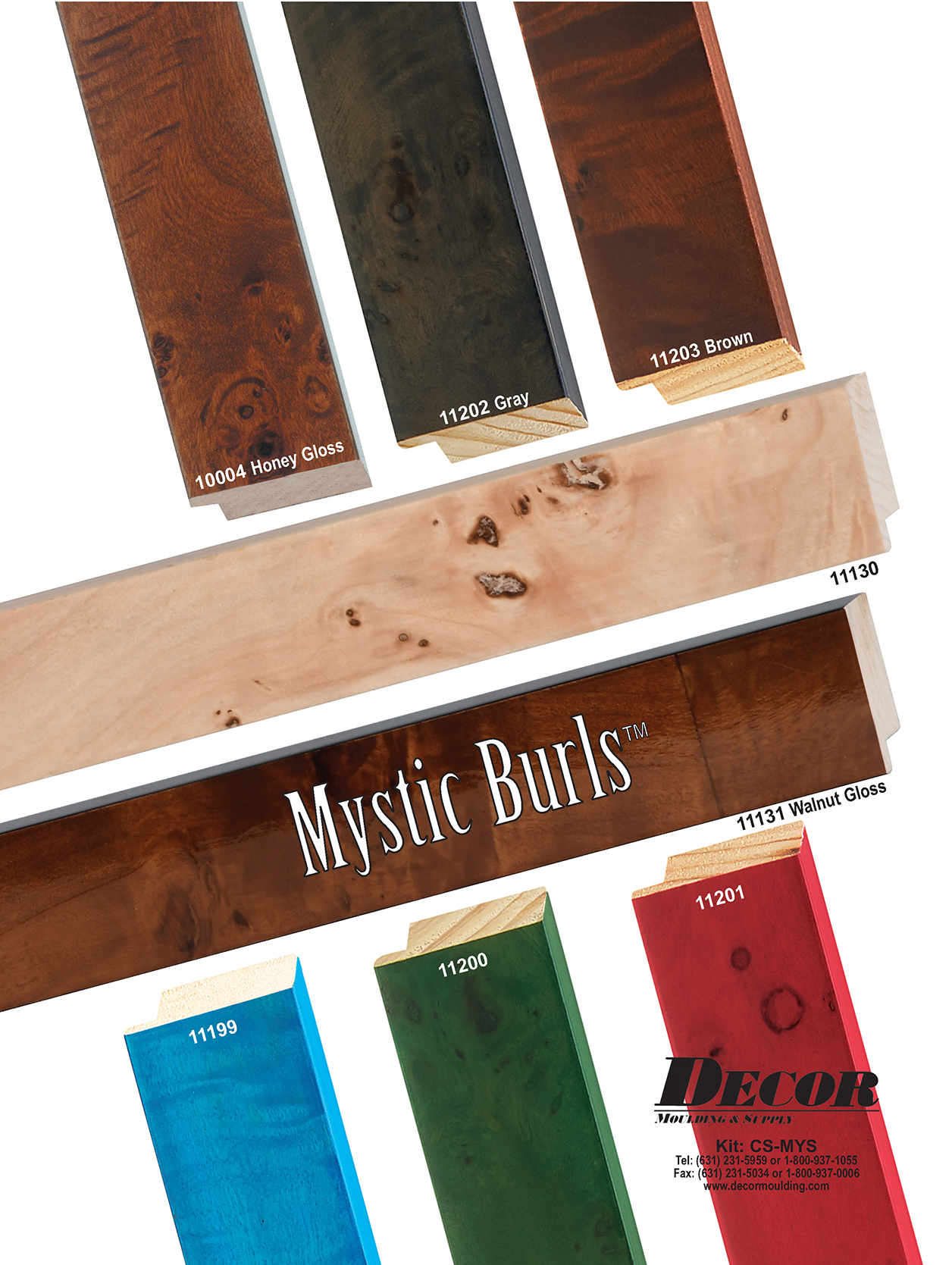 I've used some of that decor plywood moulding. They don't warp as bad as solid wood mouldings but you have to deal with all the gesso

Years ago Omega offered a plywood type of stretcher bar ~.75x1.75 it was the best I've ever used, you could stretch them tight with no or little bowing.

The 'gesso' on that plywood moulding is a definite Morso blade killer. Couple of cuts and the blades will dull.
It's also very brittle - notice the chipout at the back. Saws only.

Personally, I favor laminated moulding. Much less prone to twisting.

I get stretcher bar moulding that is both laminated and finger jointed. That is good as long as the finger joints on each
layer are staggered.

One the other hand I used to get at lot of moulding from a Czech manufacturer called Lira. That was based on really
ropey pine and was finger-jointed. Some times every foot or so. Hard work to cut and join. But once done it made a good,
solid frame. The finishes on the other hand were superb and it was very cheap. Problem was, pre-fall-of-the-Iron-Curtain the
importer had to place a yearly order though the Embassy and if they ran out had to wait for the next ordering window.

Top
;Added 5/9/20 MPL to disable rich text editor by default for IOS devices that have bug in browser